When Dementia Jersey was formed we relied on just a single volunteer to support the few staff the organisation employed.

We are proud to presently have over 44 volunteers helping us to support our clients.

We are all so proud and grateful for the time given, which has increased year on year.

What do Volunteers do?

Most of our volunteers can be found making our weekly activities run smoothly, whether that’s Arts Exploration, Splashchat, Musical Memories or Pétanque. Our volunteers help in a variety of ways from sitting chatting to clients, calling Bingo! making the tea and coffee or just taking the register – we couldn’t do what we do without them.

Anyone can offer their time to help Dementia Jersey. If you have a couple of hours a week to offer on a regular basis or occasionally, we would love to hear from you. Maybe you have a specific skill, interest or hobby that you could bring to us, maybe you just want to help with fundraising or are great at making the tea at events. Whoever you are and whatever you can give we will try and match what you can bring to what we need.

You will be asked to complete an application form and we will need to do some reference and DBS checks. Once they are done you will be asked to attend induction training that includes safeguarding, safe handling and health & safety training. Every year we like to meet with every volunteer individually just to see how the year has been and what we can learn.

People volunteer for a host of reasons, some have had personal experience of living with dementia in some way, others just have time they want to give. Whatever the reason Dementia Jersey couldn’t support the people we do without the help volunteers give. Here are some thoughts from a few of our volunteers:

Susan helps at the Walk ’n’ Talk activity on a Wednesday afternoon and chose to volunteer at Dementia Jersey as her mum had Alzheimer’s in her late 80’s. After retiring, like so many other people, Susan wanted to use the extra time she gained to give something back and Dementia Jersey seemed the perfect charity to support. Susan really enjoys “the interaction with those living with dementia, and their carers. I love listening to their stories and never cease to find it special when I catch a glint in someone’s eyes as they are talking about a particular time or memory.”

Jean first found Dementia Jersey when her late husband attended our Saturday Club. She herself attends one of our Carer Support Groups. She has helped at fundraisers and at our roadshows but more recently can be found making the tea at Musical Memories where she loves watching the happiness singing and making music can bring.

Along with another volunteer, Jane, Jackie runs Fun & Games (out East) on a Thursday afternoon. Both of Jackie’s parents had dementia and after hearing a talk about what Dementia Jersey does for people living with dementia and the support they offer their family and carers she wanted to give something back. 6 years laters she says she has really come to appreciate the great work the team does, quite often behind the scenes, and enjoys being part of that.

Jackie’s message is a simple one – ‘Absolutely do it! It’s good to give something back to our community when we can.’ 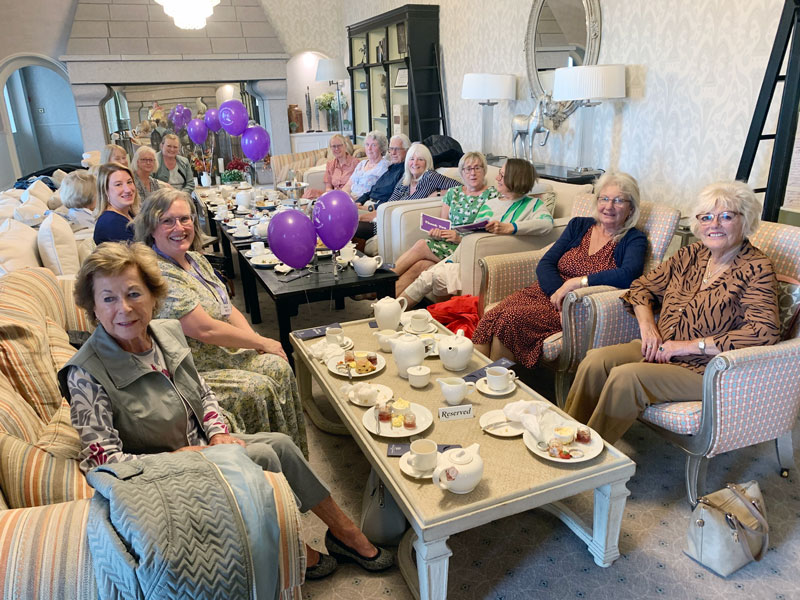 At least 42,000 younger people (under the age of 65) in the UK have dementia. This is called early-onset or young-onset dementia.

Find information and advice on the symptoms and diagnosis of dementia and tips for people living with or affected by dementia.

Find information on our services including support and advice, events and activities for people living with or affected by dementia.

There are many ways you can help us, including fundraising, corporate support, or volunteering for one of our main activities.