Educated at De La Salle College, I later obtained a Bachelor of Science (BSc) degree from Bristol University before qualifying as a Chartered Management Accountant. In 2019, I qualified as a Chartered Director with the IOD and in 2020 completed the Advanced Finance Programme at Wharton University, Philadelphia.

I spent my early career working in the UK and Ireland for BAE Systems and Merrill Lynch respectively. I returned to Jersey in 2011 working for CPA Global as the European Financial Controller, before joining JT in 2015 working in the Finance Division. I ran JT’s successful and rapidly growing International Division including IOT, Fraud Protection Services (FPS) and Messaging from 2015 until spring 2020 when I took on my current role of Director of Corporate Affairs and Sustainability.

In 2019, I took on a voluntary NED role with the Office of the Children’s Commissioner for Jersey supporting the Audit and Risk Panel and have recently taken on a NED role with Sunwork’s in Jersey. 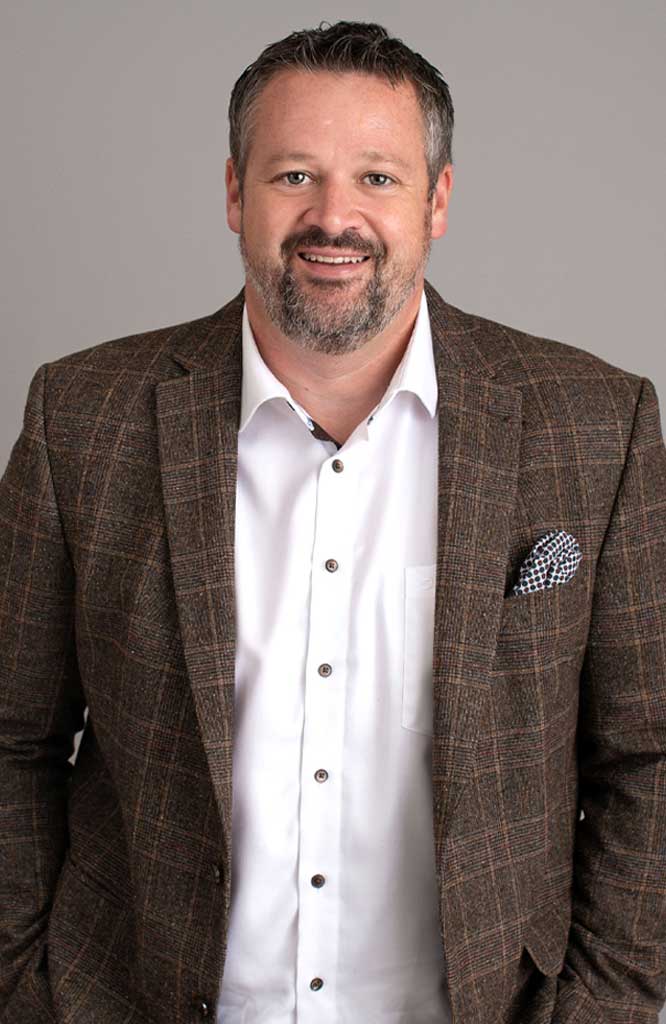 What I Love about my job

I am passionate about my role in Developing JT’s Sustainability strategy and feel that we have a large part to play in supporting the Government of Jersey’s Net neutrality targets. The NED role with Sunwork’s ensures that I am at the heart of the Renewable industry within the island and I enjoy this active involvement. More widely, I love the variety of my current role especially enjoying the stakeholder management aspects of it.

In 2021, I took part in a White Collar boxing event. This represented a massive Physical and emotional challenge and I am immensely proud of the achievement.

I have 2 children and a dog who keep me very busy outside of work!